A great goal for the city of Naples and its seafront Caracciolo.The Race Director and CEO of ACRM: “We are excited to go to Italy, we know that we expect a large number of fans”. Finally, after the commitment of the new mayor De Magistris and the municipality, we were able to bring in Naples the most important event in the sphere of regattas that be held during two steps: in April 2012 and June 2013 on the beautiful seafront promenade Caracciolo only one in the world that host an imported worldwide event will be followed by millions of spectators from all over the globe.

AC World Series in Naples is scheduled between 7 and 15 April 2012 and in 2013, is expected regattas scheduled for two dates: 11 and 19 May considered as the end of the AC World Series, which will continue with Louis Vuitton Cup and the America’s Cup in the beautiful bay of San Francisco. Strategic Caracciolo promenade of Naples acts as a natural frame for preparation of stands and for the team that will participate in the regatta, and the spectators who want to enjoy the races in the most beautiful place of city that Naples can offer.

And ‘right here, via Caracciolo, that is located H Rooms Boutique Hotel new and trendy accommodation and bed & breakfast on rivera di Chiaia, district limit of Mergellina, perfect for those who want to stay close to the America’s Cup and enjoy its fantastic and privileged position. In fact, this hotel is located at number 11 Via Caracciolo seafront the port of Mergellina and and the Luise’s pier.

Also convenient for teams looking for a central hotel and accomodation or facility close to the event, for the crews of vessels, team or crew or for stand fitters and technical equipment. We have agreements with Luise Associates (Ship & Yacht Agents) and our rooms are all with bathroom some are up to 4 / 5 persons: free Wi FI access, Internet Point, boiler with tea are some of the services that our hotel offers on via Caracciolo. of Naples, Italy. 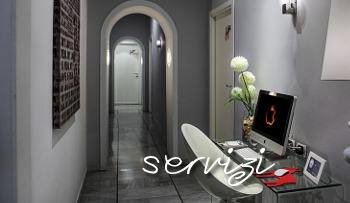 Check our Partner
in the Historical Center of Naples 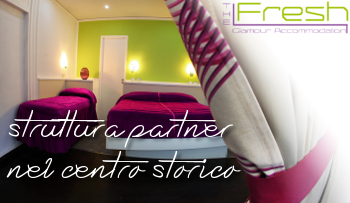